Why we’re betting Raleigh, NC will be the east coast’s second biggest tech hub by 2025.

A tech talent analysis of East Coast cities was so compelling, we’re opening a second office there.

Location matters, even for online tech companies. Plant your headquarters in the wrong town and you’ll miss out on business connections, events, and talent. The right location can energize employees, inspire creativity, or connect you to mentors and resources.

The wrong location can increase the cost of doing business — especially if real estate prices, commutes, and cost of living are too high.

Hatch I.T. took a deep dive into Github, LinkedIn, resources like Digital Nomands and our own talent tools to conduct an in-depth analysis of locations across the east coast. We found that one area stands out in remarkable ways. Raleigh, NC has all the ingredients tech startups need to grow, at a fraction of the cost of other cities.

There’s an old joke in the startup world. It goes like this:

Q: How do you make the most money during a goldrush?
A: You sell pickaxes.

Recently, hatch I.T. conducted a talent market analysis for a client. We wanted to determine where they should open a satellite office. They had exhausted their local talent pool, but they were growing fast and needed to expand the tech team.

We considered many metro areas, including Northern Virginia, Baltimore, Richmond, Pittsburgh, and Atlanta. None stood out like Raleigh. “The Triangle” which consists of Raleigh, Durham, and Chapel Hill, has a diverse and highly-educated population, a history and culture of entrepreneurship, accessibility, business resources, and tax incentives.

Tech giants like IBM, Redhat, Epic Games, Cisco Systems, Lenovo, and Fidelity have established roots in the Raleigh Triangle Park (RTP) area, which has led to waves of tech entrepreneurs. The RTP area is also becoming a hotspot for large companies building out Satellite offices. Microsoft, for example, recently announced plans to expand its Morrisville offices (just outside Raleigh), shortly after announcing plans to expand their Charlotte, NC offices as well.

For tech companies, Raleigh is a goldmine of talent. We’re excited to get there before the rush, and to be a resource the startup community will need.

Every year, the Triangle Tweener List publishes its list of the top 150 startups in the Raleigh, NC area. The list focuses on only “Goldilocks” companies — they have proven business models and growing teams, but haven’t “graduated” out of the startup space.

Tweener companies include innovative AI, IOT, and machine learning startups like Arya, Diveplane, and Bright Wolf, as well as software platforms and tools like Appraisal Nation and Archive Social. Pendo started in Raleigh back in 2013 and is now one of the most prominent late-stage startups on the East Coast.

Startups like these help attract technical talent to the area. They create communities of creators, entrepreneurs, collaborators, and mentors.

Software developers are the heart of tech companies. Without them, there is no product. But, experienced software engineers are in high demand. Tech companies compete for a very limited pool of candidates.

Let’s say you’re looking for a software developer specializing in Java and Spring Framework. Our recent talent analysis shows that in or around DC, you’ll have to compete with hundreds of companies for only 1,367 potential candidates. You can expect to pay about $114,000 for a mid-level engineer.

Raleigh, NC has nearly the same number of engineers at 1,021. But, there’s far less competition and a lower cost of living. You can expect a much easier time finding candidates, and they demand lower salaries — $98,000 for a mid-level engineer (That’s a 16,000 dollar a year savings for one position).

When you’re deciding where to put your office space, the cost of living, leasing space, and commute times matter. We’ve written before about the DC metro area’s sprawl. It’s created pockets of tech talent that can make local engineers inaccessible to employers — even though they’re in the same city.

In other words, DC is expensive. That’s not to mention the area’s long commutes and horrendous traffic.

At $2,743/month for one person, Raleigh substantially reduces the cost of living and working. Traffic isn’t as bad, since unlike the DMV area, it’s not as spread out. You won’t have to choose between pockets of talent. A company based in downtown Raleigh, for example, could lure talent in from Durham, Cary, and Chapel Hill and still keep commutes reasonable.

Raleigh, NC has a history and culture of research and innovation.

A decade ago, the Lucky Strike Manufacturing Plant became the American Tobacco Campus. The campus is now home to many startups and American Underground — the “Triangle’s founder-focused home for startups.”

The Triangle is also home to the Research Triangle Park, which is the largest research park in the US. It includes hundreds of companies and organizations, including GlaxoSmithKline, Cisco Systems, and the National Institutes of Health.

Between its top universities, massive research park, and an international airport, Raleigh has connections and resources few other cities can offer. But, no list of Raleigh’s importance would be complete without mentioning Raleigh’s historic diversity.

Hatch IT is expanding to Raleigh this year — and we just made our first NC hire.

We’re excited to announce that we’re putting our money where our mouth is and opening a second office in The Triangle. Chas Feuss will be joining the hatch I.T. team to head up business development out of Raleigh, NC. Hatch I.T. has been growing by leaps and bounds thanks to the popularity of Scale — our unique, highly-specialized recruitment model for high-growth software startups.

Chas brings a wealth of knowledge and experience about business development in the software startup space. He has an MBA from UNC’s Kenan Flagler Business School and is the Founder of Artup Ventures. Previously, he was the Director of Innovation and Strategy at Mindsumo, a Google Ventures backed startup based in Raleigh.

We’re passionate about the local startup scene and believe that software startup recruiting is ripe for disruption. Bringing Chas onboard will allow hatch I.T. to continue to expand and bring our unique, hyper-local, highly specialized recruiting models to more incredible startups.

There’s a goldrush on the horizon, and we’re going to be there.

Do This, Not That: Get the Most Out of Your Technical Recruiter (including the best salary offer) 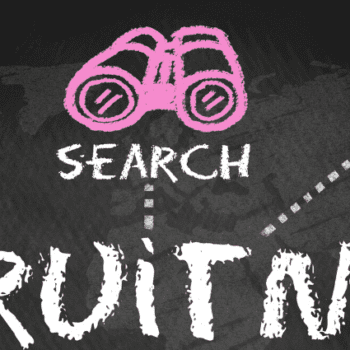 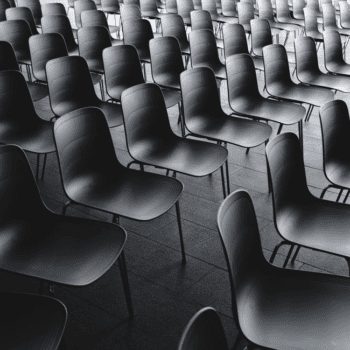