We’re only a few months into 2019 but it’s already clear that the DMV tech scene is thriving more than ever. With Amazon’s upcoming move to Northern Virginia, Virginia Tech’s promise to build a new campus expanding their computer science and software engineering programs, DC’s biggest year (2018) of venture capital investment since 2000 and large acquisitions by companies such as FiscalNote and Cvent, the DC metro area doesn’t appear to be slowing down in the slightest.

The DC metro tech scene has been steadily growing over the last few years with more demand for talent than ever. In 2018 the D.C. metro area moved from No. 6 into the No.1 spot for the worlds’ best entrepreneurial talent in the annual Global Cities Talent Competitive Index while ranking No.7 for attracting talent. Not only has the area successfully attracted talent but it has also done well to retain it. Software Engineer salaries have continued to stay competitive in the larger U.S. market. In 2017, the annual average salary for a DC metro software engineer was $101,741 while the national mean average was $87,530. While the competitive salaries offer DC an edge over many other cities, there’s also the sense of community. The area is also host to one of the largest Meetups groups in the world, aptly called ‘DC Tech.’

With so much growth taking place, we look forward to seeing what 2019 will bring to the DC area tech startup scene. If your company is looking to scale and connect with a large amount of DMV talent, we can help. Check out Scale here. 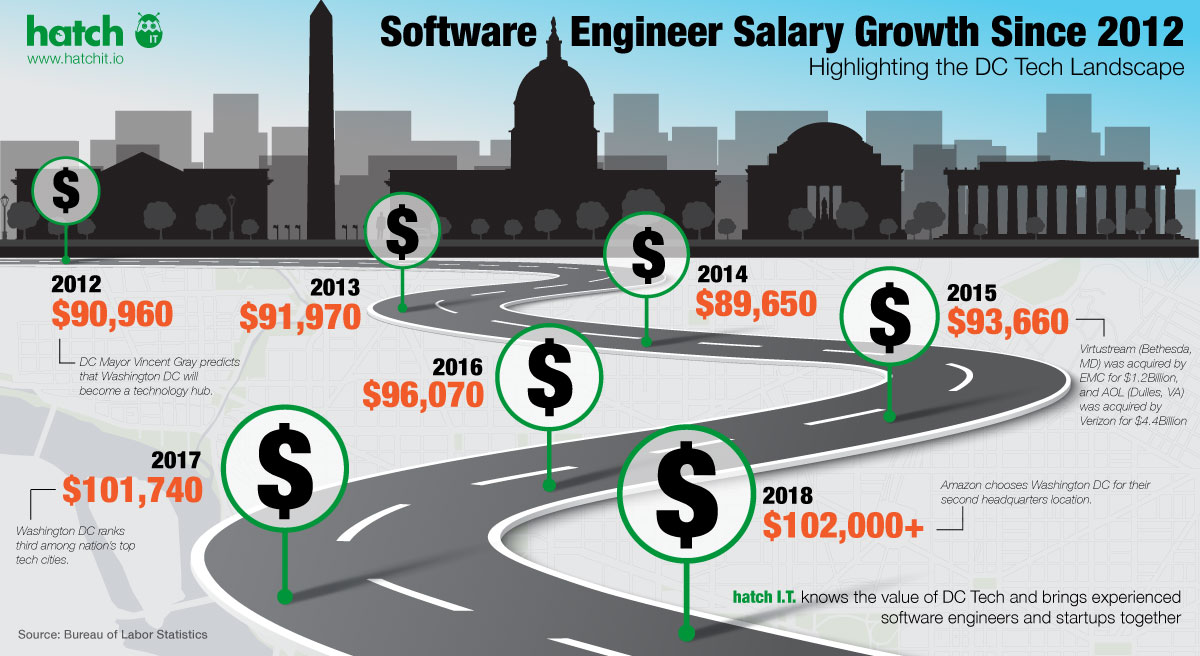