How hatch is transforming the way startups and engineers connect across DC, Maryland & Virginia with Meetup.com 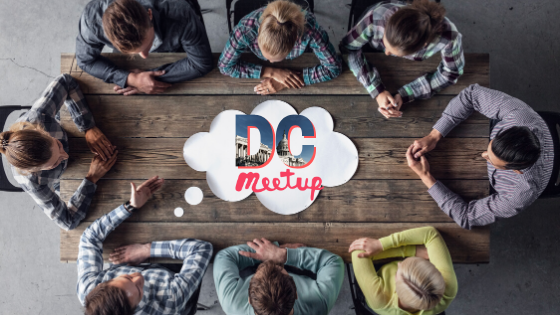 In 2011, serial entrepreneur Jeff White was looking for his next great idea. He’d already built and sold startups, including Blue Canopy and GovWin. He eventually decided on an event discovery platform and founded Gravy Analytics. The platform evolved into the world’s first location data verification engine, AdmitOneTM.

Gravy’s Software Engineering team  originally built their platform using Java, a very popular programming language. As Gravy’s business grew, their platform experienced growing pains. Faced with increasing technical challenges, they turned to the Scala programming language, widely-used in big data engineering. While Scala wasn’t the trendiest language, it had a devoted fanbase, and it drove many of the world’s largest data processing systems.

Unfortunately, Scala is a rare, high-demand skill in the D.C. metro area, where Gravy is based. They had to compete with a few big companies for a limited pool of software engineers. Gravy determined they needed expert help to find qualified candidates in the region. They decided to work with hatch I.T., a boutique technical consulting firm, because of their experience helping local software startups scale engineering teams.

Hatch began contacting their database of software product engineers, but quickly saw a problem. Since Gravy was a growing startup, many local Scala engineers hadn’t yet heard of them. Hatch determined they would first need to build awareness of Gravy Analytics among the local engineering community. Hatch I.T. had organized dozens of tech Meetups in the area and knew it was a great way to connect with a specialized tech community. They reached out to Hung Lin, the organizer of the Scala DC-MD-NoVa Meetup group, and suggested Gravy as a sponsor.

On March 13, 2019, Scala DC-MD-NoVa held an event at Tyson’s WeWork called “Why Gravy Analytics Moved from Java to Scala for All Their Spark Jobs.” That title might sound boring to non-technical people, but it caught the attention of local Scala engineers.

At the Meetup, Gravy’s CTO, Guy DeCorte, and Senior Software Developer, Aaron Perrin, presented to the local Scala software engineering community.  They showed attendees the limits of Java, the benefits of Scala, and taught them how to use Scala to solve some of the technical challenges of building a massive-scale location verification engine.

It was one of the most popular events the Scala DC-MD-NoVa Meetup group had hosted so far. At the end of the night, attendees left with valuable knowledge about Scala and awareness of Gravy Analytics.

Meetup.com describes itself as “a platform for finding and building local communities.” Users join (or create) groups centered around topics or activities that interest them. Group organizers post events and activities, and group members sign up to attend.

Some of the most popular and active Meetup groups in the D.C., Maryland, and Virginia (DMV) area center around programming languages.

There are different types of tech meetup events, including project nights, lightning talks, and hackathons. Engineers learning Python can get help with a project at a DC Python Meetup Project Night. Go users can join GoLang DC for events and presentations on building with Go.

One of most popular formats is a combination networking event and educational presentation.

A recent DC Python Meetup, for example, met at the offices of local real estate company Compass, who lended their space for the evening. 20 Tables (a startup that donates a meal for every meal served) was used to get catering from a local restaurant. Software engineers arrived, mingled, ate dinner together, and discussed various Python projects they were working on.

After networking, local startup GetUpside presented on using Python to solve technical problems in machine learning, text processing, and document classification based on their app which allows users to scan receipts and save on gasoline prices.

Software engineers enjoy seeing how local businesses and startups use various coding languages to solve real problems. The scale and complexity of business use cases can demonstrate challenges and solutions that might not come up in an academic context. In return, businesses can discuss and bring awareness to their challenges with local experts.

“Meetups like these give us the opportunity to engage with people in the field who are interested in learning and doing more. As a rapidly growing company, we value community-based events that connect us with our area’s top talent.”

Become a Member of the Local Software Engineering Community

Tech Meetups have a curated group of members. By sponsoring a Meetup, you’re able to tap into a pre-built community that shares a specialization. You’re going to encounter some of the most passionate and active people in the community.

says Mitch Pirtle, VP of Engineering at Morning Consult, which has sponsored several local tech Meetups.  He added that Meetups are “also is a great avenue for your engineering staff to get opportunities to give local talks which is beneficial in many ways.”

How to join the DC Tech Startup Meetup Community

Interested in joining this local community? The easiest way is to sponsor an existing tech meetup, such as Node DC, DC Python, GoLang DC, and Scala DC-MD-NoVA.

As a rule, sponsors should never recruit at Meetups. Meetups are not a sales or recruiting tool. But, when startups sponsor valuable, engaging events for software engineers, they’re able to market themselves in a unique and appealing way. Engineers have found jobs, that were great fits, because they aligned with the speaker company’s product and tech stack.

Sponsors can get involved by providing food and drinks, hosting the event, or having a team member speak at the event.

For example, Truebill is hosting an upcoming Meetup at their offices (you can check it out here). Truebill is making waves in the fintech industry through their app that analyzes users’ spending habits, identifies inefficiencies, and enables users to improve their financial health. Truebill recently moved their headquarters from San Francisco to the DC area this past summer. Truebill asked hatch I.T. to help them sponsor a DC programming Meetup (Node DC). They understand that sponsoring a meetup is a great organic outlet to get involved with the tech community, and are excited about establishing a presence in the area.

If you’re in the DC or Raleigh area and would like to connect with a Meetup group or Sponsor, get in touch here: https://www.hatchit.io/events/[formidable id=”8″]